There was no Google yet. Or Yahoo. Or Stumbleupon, for that matter.

In 1965, the year of your birth, the top selling movie was The Sound of Music. People buying the popcorn in the cinema lobby had glazing eyes when looking at the poster. 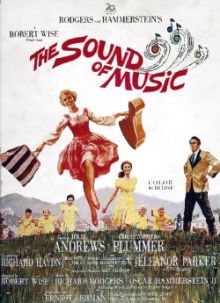 Remember, that was before there were DVDs. Heck, even before there was VHS. People were indeed watching movies in the cinema, and not downloading them online. Imagine the packed seats, the laughter, the excitement, the novelty. And mostly all of that without 3D computer effects.

Do you know who won the Oscars that year? The academy award for the best movie went to The Sound of Music. The Oscar for best foreign movie that year went to The Shop on Main Street. The top actor was Lee Marvin for his role as Kid Shelleen in Cat Ballou. The top actress was Julie Christie for her role as Diana Scott in Darling. The best director? Robert Wise for The Sound of Music.

In the year 1965, the time when you arrived on this planet, books were still popularly read on paper, not on digital devices. Trees were felled to get the word out. The number one US bestseller of the time wasThe Source by James A. Michener. Oh, that's many years ago. Have you read that book? Have you heard of it?

In 1965... The ship S.S. Catala is driven onto the beach in Ocean Shores, Washington, stranding her. The Prime Minister of Northern Ireland and the Taoiseach of the Republic of Ireland meet for the first time in 43 years. Lyndon B. Johnson is sworn in for his own full term as U.S. President. Engagement announced between Princess Margriet of the Netherlands and Pieter van Vollenhoven, who will become the first commoner and the first Dutchman to marry into the Dutch Royal Family. In Montgomery, Alabama, 1,600 civil rights marchers demonstrate at the Courthouse. The Indo-Pakistani War of 1965 begins. The world's first space nuclear power reactor, SNAP-10A, is launched by the United States from Vandenberg AFB, California. The reactor operates for 43 days and remains in high earth orbit. A West German court of appeals condemns the behavior of ex-defense minister Franz Joseph Strauss during the Spiegel scandal. Astronaut Edward Higgins White makes the first U.S. space walk.

That was the world you were born into. Since then, you and others have changed it.

The Nobel prize for Literature that year went to Mikhail Sholokhov. The Nobel Peace prize went to United Nations International Children's Emergency Fund UNICEF. The Nobel prize for physics went to Richard Phillips Feynman, Julian Schwinger and Sin-Itiro Tomonaga from the United States for their fundamental work in quantum electrodynamics, with deep-ploughing consequences for the physics of elementary particles. The sensation this created was big. But it didn't stop the planets from spinning, on and on, year by year. Years in which you would grow bigger, older, smarter, and, if you were lucky, sometimes wiser. Years in which you also lost some things. Possessions got misplaced. Memories faded. Friends parted ways. The best friends, you tried to hold on. This is what counts in life, isn't it?

The 1960s were indeed a special decade. The Swinging Sixties saw the rise of counterculture. There was recreational drug use and casual sex. Many countries gained independence from their colonial rulers. Several governments turned to the left. In Britain, the Labour Party gains power. The Vietnam War continues. The Algerian War comes to a close. In the US, Hispanics fight to end racial discrimination and socioeconomic disparity. Feminism keeps rising. Art House films make it to theaters. The Beatles, Bob Dylan and the Rolling Stones play their music. The US and Soviet Union come close to a military confrontation during the Cuba missile crisis. Nixon becomes US president. Man lands on the moon during the Apollo 11 mission of the United States. The first heart transplantation occurs. The first computer game, Spacewar, is created.

In 1965, 15 years earlier, a long time ago, the year when you were born, the song Downtown by Petula Clark topped the US charts. Do you know the lyrics? Do you know the tune? Sing along.

When you're alone and life is making you lonely
You can always go - downtown
When you've got worries, all the noise and the hurry
Seems to help, I know - downtown
Just listen to the music of the traffic in the city
Linger on the sidewalk where the neon signs are pretty
How can you lose?
... 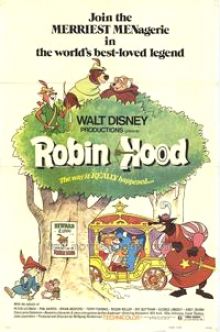 6, 5, 4, 3, 2, 1... it's 1965. There's TV noise coming from the second floor. Someone turned up the volume way too high. The sun is burning from above. These were different times. The show playing on TV isThe Dean Martin Show. The sun goes down. Someone switches channels. There's Days of our Lives on now. That's the world you were born in.

Progress, year after year. Do you wonder where the world is heading towards? The technology available today would have blown your mind in 1965.

In 1965 Vietnam seemed like
just another foreign war but it wasn't
It was different in many ways,
as so were those that did the fighting
...

That's from the song 19 by Paul Hardcastle.

In 1965, a new character entered the world of comic books: Black Bolt. Bang! Boom! But that's just fiction, right? In the real world, in 1965,Ben Stiller was born. And Bjork. Gillian Anderson, too. And you, of course. Everyone an individual. Everyone special. Everyone taking a different path through life.
It's 2010.

The world is a different place.

What path have you taken?

Well, I have evolved into a second time husband that's doing mostly right this round!

and have become a full fledged COMPUTER FANATIC!

WE LOVE OUR PETS, OUR HOME AND OUR MARRIAGE THANKS FOR EVERYTHING GOD ABOVE!

Want to master Microsoft Excel and take your work-from-home job prospects to the next level? Jump-start your career with our Premium A-to-Z Microsoft Excel Training Bundle from the new Gadget Hacks Shop and get lifetime access to more than 40 hours of Basic to Advanced instruction on functions, formula, tools, and more.

Other worthwhile deals to check out:

Join the Next Reality AR Community

Get the latest in AR — delivered straight to your inbox.